20 Important Statistics and the Latest Research on Eating Disorders

People of every age, race, size, gender identity, and sexual orientation experience eating disorders. According to National Association of Anorexia Nervosa and Associated Disorders (ANAD), at least 10% of the population is struggling with an eating disorder, disordered eating, and/or body image. ANAD has compiled the latest stats on eating disorders. Below are 20 of their top statistics.

1. Eating disorders are among the deadliest mental illnesses, second only to opioid overdose. Each year, there are approximately 10,200 deaths (1 death every 52 minutes) that are the direct result of an eating disorder.

3. The total estimated economic cost of eating disorders is $64.7 billion every year.

4. Less than 6% of people with eating disorders are medically diagnosed as “underweight.”

6. BIPOC are significantly less likely to have been asked by a doctor about eating disorder symptoms.

7. BIPOC with eating disorders are half as likely to be diagnosed or to receive treatment.

10. Gender dysphoria and body dissatisfaction in transgender people is often cited as a key link to eating disorders.

13. Athletes may be less likely to seek treatment for an eating disorder due to stigma, accessibility, and sport‐specific barriers.

14. The most common type of eating disorders among military members is bulimia nervosa.

16. A survey of 3,000 female military members found that the majority of respondents exhibited eating disorder symptoms.

16. A survey of 3,000 female military members found that the majority of respondents exhibited eating disorder symptoms.

20. In a college campus survey, 91% of the women admitted to controlling their weight through dieting.

Identifying Changes in the Brain to Understand the Root Cause of Eating Disorders, and other mental Health Conditions

To better understand the root cause of eating disorders, several studies are now looking to neuroscience to better understand what might be going on. As the field of neuroscience becomes prominent, we are learning more and more about the brain and what is different in people eating disorders. In a recent study conducted at the University of Cambridge, researchers found that the part of the brain that interprets physical signals (or cues) in the body (i.e., interoception) functions differently in those with mental health disorders, including those with eating disorders. One region of the brain that has been identified is the mid-insula and is responsible for how the brain interpretates physical sensations. For example, a person with anorexia may feel uncomfortably full, when they haven’t eaten very much. In a study with 1,236 participants (626 people diagnosed with either bipolar, anxiety, major depression, anorexia or schizophrenia, and 610 mentally healthy controls), the researchers found that people who had a mental health disorder had different brain activation when processing pain, hunger, and other interoceptive signals compared to the control group. Researchers are hopeful that identifying ways to support the processing of physical signals may be an important treatment modality for the future (University of Cambridge, 2021). 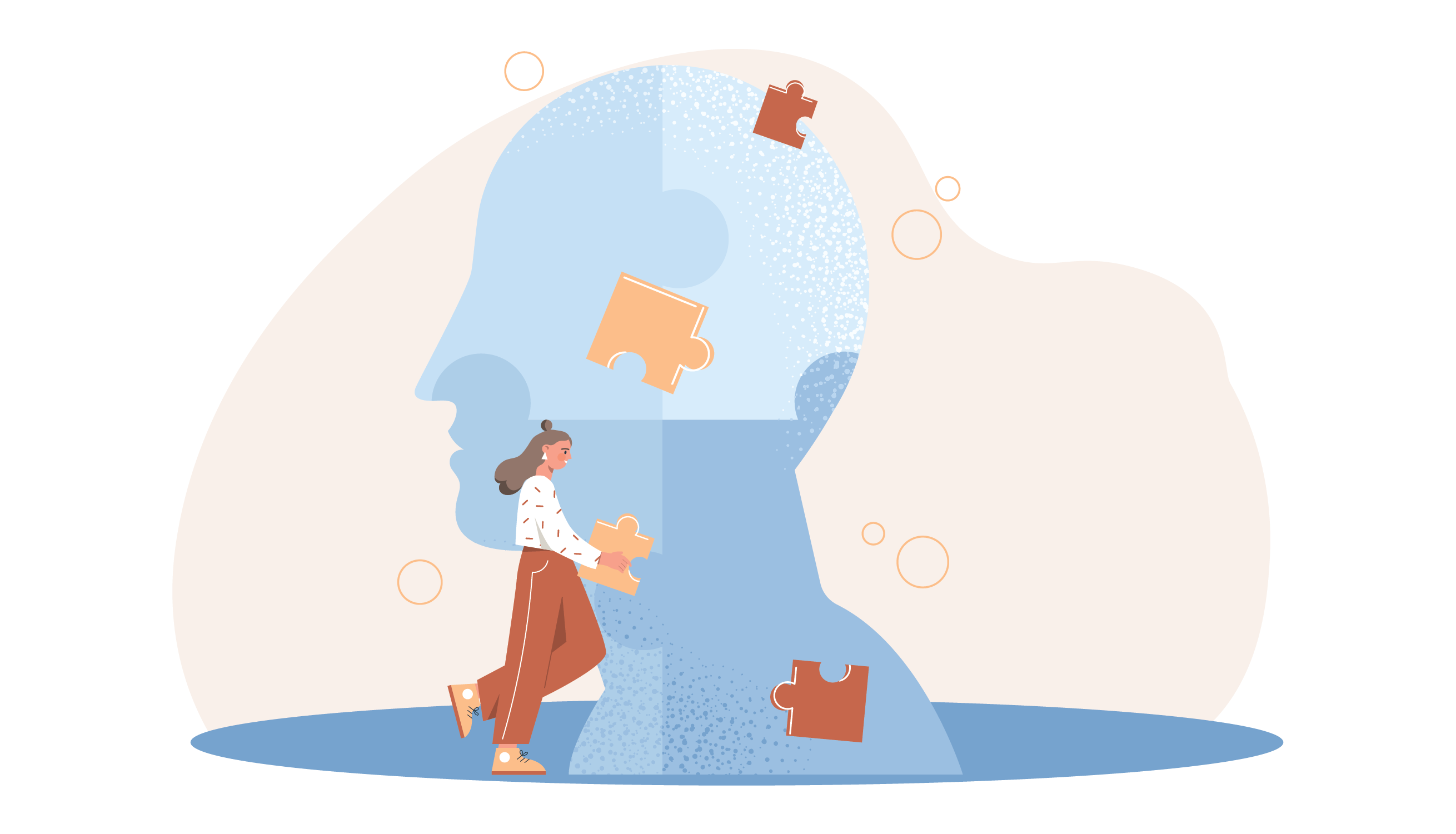 Binge eating disorder is considered to be one of the most common eating disorders that affects a few million people and is also associated with obesity. In a clinical trial conducted by the University of Pennsylvania (2022), a small device was implanted into two patients who experience binge eating disorder to detect food-craving in the brain region of the nucleus accumbens. When a craving was registered by the device, the device stimulated the brain region. After six months, the patients reported far fewer binge episodes, and lost weight. The researchers are currently recruiting for a larger study, in order to continue exploring the efficacy of these findings. 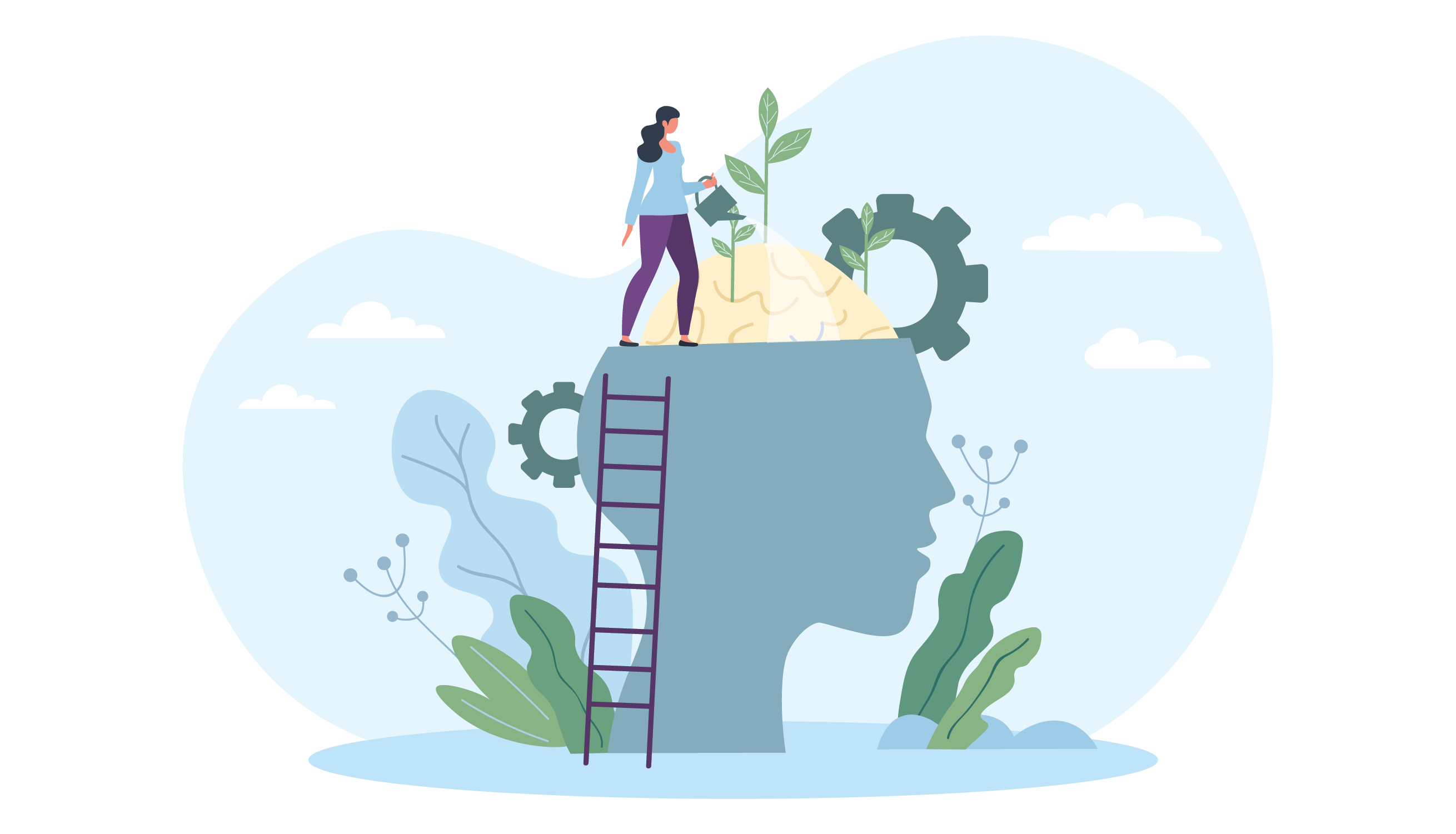 Debunking the Myth that Binge Eating is the Result of Stress

One prominent theory that is related to binge-eating is that it is a result of stress and causes individuals to experience difficulties with self-control. In a study conducted at the University of Cambridge (2021), they determined that contrary to this theory people with eating disorders did not lose self-control with regards to eating under stress. They were instead, surprised to find that participants (the control group and those with binge-eating disorders) showed differences in brain activity when they were under stress. More specifically, they found activity levels in two key brain regions were associated with the amount of calories consumed, which may suggest that these regions are important for dietary control. In addition, they found that women who experience bulimia seem to experience challenges when it comes to slowing down in responses to changes in their environment, which may lead to hasty decision making. Further research needs to be conducted in order to understand these findings.

In a separate study, researchers at the University of Cambridge (2021) took blood samples and found specific metabolic markers that are associated with our sense of satiety are affected by stress. Women who experienced anorexia nervosa had an increase in ghrelin, a hormone that signals hunger, and an increase in peptide tyrosine tyrosine (PYY), a satiety hormone. They found that under stress, their bodies are sending them mixed messages, as their hormones are producing both the hunger hormone, and the satiety hormone telling their body they are full. Professor Paul Fletcher, noted: “It’s clear from our work that the relationship between stress and binge-eating is very complicated. It’s about the environment around us, our psychological state and how our body signals to us that we’re hungry or full.”

Ready to Learn More About the Latest in Eating Disorders?

Join us for an upcoming LIVE Webinar on November 15, 2022 Understanding Eating Disorders: Critical Components of Assessment and Treatment

Eating disorders have the second highest mortality rate of any mental illness and are unique among mental health disorders in that they manifest in physical, behavioral and mental health complications. Each can lead to serious and life-threatening illnesses such as diabetes, cancer, organ failure and even death if not treated. Anorexia Nervosa is the third most common chronic illness among adolescents. Young women who suffer from this illness have a mortality rate that is 12 times higher than average, making it the mental health illness with the highest premature mortality rate. If left untreated, eating disorders tend to become more severe and less receptive to treatment. (Becker, Franko, Nussbaum, & Herzog, 2004; Fichter, Quadflieg, & Hedlund, 2006).

It is important to acknowledge that developing an eating disorder is not a conscious choice. Adolescents suffering from eating disorders often do not understand the severity of their illness and are thus reluctant to seek help or commit to the appropriate level of intensity of intervention. Their families and support systems may also be blinded to the condition and need for immediate treatment. To prevent chronic malnutrition, long-term health complications and death, it is critical to pursue early and intensive intervention strategies. Detecting and treating eating disorders as soon as possible saves lives. When considering the scope of the impact of eating disorders on a global scale, understanding a few important empirically based facts is critical:

Following this training, participants will be able to:

This learning event is approved for CEUs by the following professional organizations: