What the Research Says About the Impact of Hunger and Homelessness on SUD, OUD, and SMI

What the Research Says About the Impact of Hunger and Homelessness on SUD, OUD, and SMI 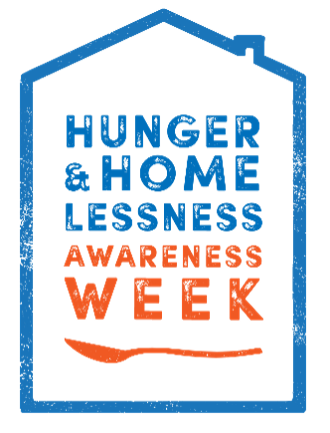 The Overall Scale of Hunger and Homelessness in the United States

According to the Hunger & Homelessness Awareness Week website, the facts are that in the U.S.:

These data do not reflect the living situations of only adults. Families with children are also included in those numbers. In fact almost 30%  of homeless people are living in families with children as cited by the National Alliance to End Homelessness, and unaccompanied youth under age 25 comprise 6% of the general homeless population. The National Center on Family Homelessness estimates that 1 in 45  children – 1.6 million – experience homelessness each year in the U.S. During the 2011-2012 school year there were approximately 1,168,354 students who experienced homelessness and that the number represented a 10% increase from the year before and a 24% increase over a three year period (Education for Homeless Children and Youths Program Data Collection Summary – 2012 (PDF | 974 KB).

Certain populations are more at risk of homelessness than the general population in the U.S., with risk for homelessness significantly associated with gender, race, and ethnicity, with men and people of color being disproportionately affected compared to women and white people.  Homelessness has been reduced drastically among some groups, such as military veterans. With a goal that aimed for systems ensuring that homelessness among veterans is rare, brief, and a single occurrence, rates of veteran homelessness have decreased by 39% since 2007 (National Alliance to End Homelessness). That reduction is unique to the veteran homeless population, and veterans represent just 6% of those people experiencing homelessness.

The U.S. Department of Agriculture (USDA) Economic Research Service reports that 10.5 percent (13.8 million) U.S. households were food insecure at some point during 2020. This means they were “uncertain of having, or unable to acquire, enough food to meet the needs of all their members” due to insufficient money or other resources for food as illustrated in the map below (Household Food Security in the United States in 2020).

The food insecurity data in Nevada is 12.7% which is near the national average of 10.7 percent (R.W. Johnson State of Childhood Obesity, 2021) . The characteristics of households with higher rates of food insecurity included those children and headed by a single woman, Women or men living alone, Black non-Hispanic and Hispanic households, households with an income-to-poverty level of 1.85 and lower, and household in principal cities of metropolitan areas and in nonmetropolitan areas as shown in the chart below (USDA, 2022).

Impact of Hunger and Homelessness

With so many people of all ages, races and ethnicities in the U.S. living with food and housing insecurity, the impact is significant, especially when they are viewed as two of the Social Determinants of Health, the others being Economic Stability, Education, Community and Social Context, and Health Care System.

Some of the more direct impacts of hunger and homelessness include:

While the need for addressing the social determinants of health to correct health disparities in this country is obvious, the task can seem overwhelming. Awareness weeks such as this week’s Hunger & Homelessness Awareness Week can help highlight one or two issues by bringing them to the attention of everyone. Health and behavioral healthcare providers can focus on participation in the event for one week, while investigating ways of working to end hunger and homelessness within the systems and structures in which they work, one element at a time. To assist with this effort, many resources and links are provided for easy access below, although the list is not complete.

Your Turn: Have you had experience in handling homeless or hungry clients? What are your favorite resources? Do you have any advice for other providers hoping to make life easier for these clients? Please share in the comments below.

This article was developed by Stephanie Asteriadis Pyle, PhD at CASAT. Feel free to use, link to, or distribute this information. A link to our site and attribution would be much appreciated. Suggested citation:

Asteriadis Pyle, S. (2021, November 18). What the research says about the impact of hunger and homelessness on sud, oud, and SMI. CASAT OnDemand. Retrieved November 23, 2021, from https://casatondemand.org/2021/11/18/what-the-research-says-about-the-impact-of-hunger-and-homelessness-on-sud-oud-and-smi/.