NDAFW continues to grow, with more than 2,100 NDAFW events held throughout all 50 states and in 35 countries last year. NDAFW events can be held by a variety of organizations, including schools, community groups, sports clubs, and hospitals, and/or promoted through a variety of vehicles, such as blogs or social media. Activities can focus on general drug use or on specific trends or issues of concern in individual communities, and for that reason organizations holding local events are encouraged to register so that their communities know about those events and can attend them.

“Disseminating understandable science-based facts on substance use truly matters to the future health of communities in America and around the world, so we work to make it as easy as possible to hold events and promotional activities,” said NIDA Director Nora D. Volkow, M.D.

Teens –wherever they live — can only make smart choices when they are aware of the potential consequences of those choices.”

“Through this ongoing partnership with our NIDA colleagues we strive to stay connected with young people by sharing vital information about the harmful effects of alcohol use by teens,” said NIAAA Director George F. Koob, Ph.D. “For example, all teens should know that the brain is still developing into the mid-20’s, making the adolescent brain particularly vulnerable to alcohol-related harm that can last into adulthood.”

NIDA has produced a wide variety of resources for organizers of NDAFW events and promotional activities, including new resources for parents and educators. Some of the ways to access these resources are listed on the NIH website and are listed here for your convenience:

NIDA and NIAAA will also launch the newest National Drug & Alcohol IQ Challenge, a 12-question, multiple choice quiz that takes approximately 10 minutes to complete. Available in both English and Spanish, it can be projected on large screens at events, or used with mobile devices. More than 32,000 people took the IQ Challenge last year. The 2019 IQ challenge will be posted in January of this year.

One very interesting event for schools will be held during the observance week is the National Drugs & Alcohol Chat Day that will be held on Thursday, Jan. 24, 2019 from 8 a.m. to 6 p.m. EST (for Nevadans, that will be from 5 a.m. to 3 p.m PST). More than 50 NIH scientists and science writers will answer anonymous questions from teens in schools around the country. Registration for the 10th anniversary of Chat Day is still open on a first come, first served basis. In previous years, more than 50 schools participated with more than 10,000 questions submitted. Further details on the annual chat can be found at Teen Drug Abuse, including a transcript of CHAT DAY 2017 (There is no transcript for CHAT DAY 2018, which was cancelled due to the Government Shutdown initiated on January 20, 2018.)

To receive an e-newsletter about NDAFW planning, organizations can e-mail NIDA at drugfacts@nida.nih.gov(link sends e-mail).

To join the conversation on social media, follow @NIDAnews and @NIAAAnews and look for the hashtag #NDAFW. Details about a NDAFW twitter chat will be shared later this year. To see press highlights and previous articles about NDAFW, go to Teens Drug Abuse Highlights.

About the National Institute on Drug Abuse (NIDA):

The National Institute on Drug Abuse (NIDA) is a component of the National Institutes of Health, U.S. Department of Health and Human Services. NIDA supports most of the world’s research on the health aspects of drug use and addiction. The Institute carries out a large variety of programs to inform policy, improve practice, and advance addiction science. Fact sheets on the health effects of drugs and information on NIDA research and other activities can be found at drugabuse.gov, which is now compatible with your smartphone, iPad or tablet. To order publications in English or Spanish, call NIDA’s DrugPubs research dissemination center at 1-877-NIDA-NIH or 240-645-0228 (TDD) or email requests to drugpubs@nida.nih.gov (link sends e-mail). Online ordering is available at drugpubs.drugabuse.gov. NIDA’s media guide can be found at drugabuse.gov/publications/media-guide/dear-journalist, and its easy-to-read website can be found at easyread.drugabuse.gov. You can follow NIDA on Twitter (link is external) and Facebook (link is external).

About the National Institutes of Health (NIH):

NIH, the nation’s medical research agency, includes 27 Institutes and Centers and is a component of the U.S. Department of Health and Human Services. NIH is the primary federal agency conducting and supporting basic, clinical, and translational medical research, and is investigating the causes, treatments, and cures for both common and rare diseases. For more information about NIH and its programs, visit www.nih.gov.

NDAFW 2018 has 1,044 events currently registered from across the United States that can be viewed on the NDAFW event map: 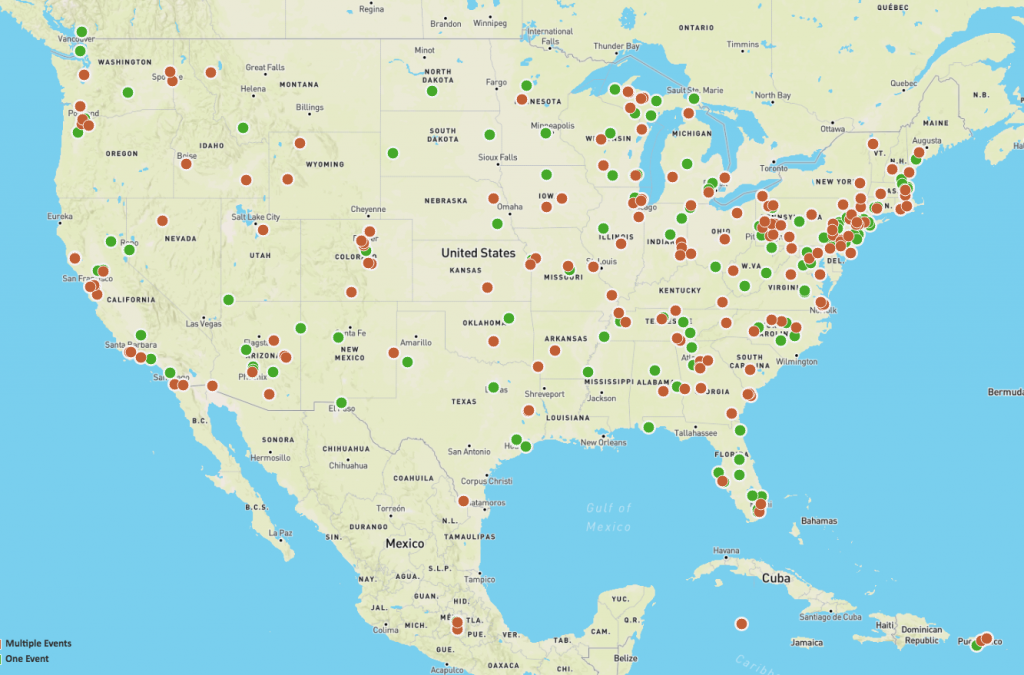 Events in Nevada include:

Take a quick look at what you need to do to get ready for your NDAFW event and view the National Drug and Alcohol Facts Week® promotional video, introduced by NIDA Director, Dr. Nora Volkow and NIAAA Director, Dr. George Koob.