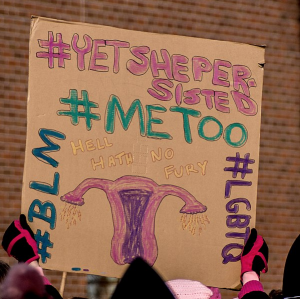 During the last few years certain actors, movie producers, and other high profile individuals have been exposed for using their power and influence to take advantage of others. As the media began to show their heroes in a new light, more brave women and men have come forward to tell their personal stories related to sexual violence.  This initial momentum helped spur the Me Too Movement where individuals have begun to publicly call out their perpetrators and speak about the lasting physical and emotional harm caused from these crimes and violence.  Since sexual violence is a topic that behavioral health professionals often see in their line of work and April was Sexual Assault Awareness Month, now is a prudent time to continue this conversation. This article provides a basic overview of sexual violence, details many eye-opening statistics and, reviews a few of the events that occurred in Nevada during the month.

The National Sexual Violence Resource Center provide statistics about sexual assault in the United States and the impact it has both monetarily and emotionally on the victims. Here are some of the eye-opening facts:

The numbers above show the prevalence of sexual assault and helps explain the need for trained professionals to help support victims as well as the continued need for conversation on the topic.

In Nevada the numbers are equally striking.  According to The 2016 Nevada Uniform Crime Report a rape occurs in Nevada every 5 hours, four minutes, and forty-one seconds equating to 1,725 rapes in 2016. Even with knowledge of all the statistics above, in the eyes of society and the law, sexual assault victims are not given adequate support. Currently criminals are provided better protection than the victims in certain facets of the law.  To fight the challenge of granting equal rights to victims that criminals are already afforded, Nevada is creating a new ballot measure in the 2018 election. Question One, known as Marsy’s Law, “would ensure that victims have the same co-equal rights as the accused and convicted.”  California first passed this law in 2008 as the most comprehensive victim’s rights law in the States. The goal is to use the momentum gained from the passage in California and hopeful passing in Nevada to create a Constitutional Amendment so that “the rights of all crime victims, anywhere in America, can be protected.” 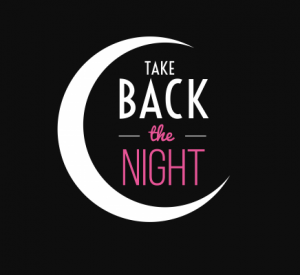 As part of Sexual Assault Awareness month several events took throughout the state.  In Las Vegas, the Jean Nidetch Women’s Center at UNLV brought Joe Biden and Lady Gaga to speak about sexual assault on college campuses as part of the It’s on Us Campaign.  Former Vice President Biden asked each person to do his or her part to raise awareness about sexual assault because nearly everybody knows someone who has been affected. In the North, UNR also put on various events to raise awareness. As part the national campaign, the University of Nevada, Reno put on its own Take Back the Night event to provide survivors of sexual assault and domestic violence the opportunity to speak.  During the event participants created a very supportive environment as sexual and domestic assault survivors shared their stories as a means of personal release and to provide hope for others. CASAT’s Nevada Cares initiative put on an event titled “Turning Up the Heat: Healthy Relationships,” which brought together sixteen local organizations and university departments combating sexual violence within the Northern Nevada community.  Some of the participating organizations included the Reno Police Department’s Victim Unit, Safe Embrace, the Crisis Support Services of Nevada and the Victims of Crime Treatment Center. This event brought students, community members, and staff together to participate to learn more about the various programs working to end the many forms of sexual violence

Sexual Violence is a large problem in our state and throughout the nation. Fortunately, many organizations provide resources from emergency help to counseling to legal services. There are numerous national and Nevada focused organizations working year around towards those affected by sexual violence.  Feel free to explore the Sexual Assault Learning Lab  to find more information about these organizations and other valuable links related to sexual assault. Further information can be found in the resources and downloads sections in OnDemand or through CASAT Trainings.