Drug addiction is a serious problem in the United States and worldwide. There are anti-drug vaccines in development to combat drug addiction and they have advanced to clinical trials12. Researchers have been developing these vaccines since the seventies and are working towards vaccines that will work against nicotine, cocaine, methamphetamine, oxycodone, and heroin13.  However, it should be noted that these vaccines are designed to be part of a comprehensive treatment strategy and should not be considered a cure for addiction. Currently, the most promising anti-drug vaccine is for cocaine.

Cocaine misuse is becoming an increasing problem in the United States. In 2016 around 867,000 persons aged 12 and above had a cocaine misuse disorder in the past year1. In Nevada 2,138 people were taken to the Emergency Department with issues related to cocaine (2017, NV epi profile). Additionally, 1,926 patients were admitted to an inpatient care facility for cocaine misuse related issues in 2017. 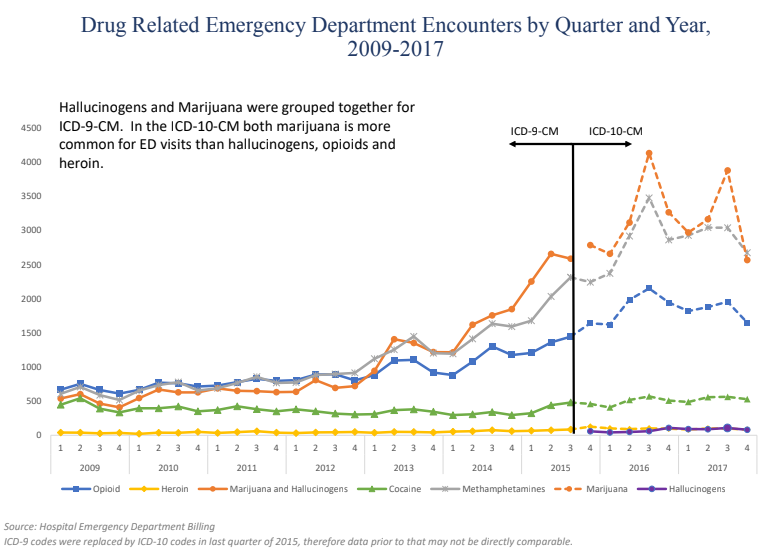 Cocaine is a stimulant that can cause a sense of euphoria when smoked, snorted or ingested3. They also increase wakefulness, energy, a sense of well-being4. Users must constantly use the product to remain in this state and it comes with an immense amount of health problems. The most significant mortality from illicit stimulants is from cardiovascular effects and hypertensive crisis, but they are also associated with adverse effects to every organ system in the body4.

There are currently no consistent methods to treat cocaine addiction and people who misuse this substance are prone to relapse. There are no FDA-approved medications for cocaine treatment and recent research has focused on developing an anti-cocaine vaccine. In 2016, after animal studies showed that the vaccine prevented cocaine from reaching the brain, investigators began enrolling active cocaine addicts in a phase 1 randomized control study to test the affect of the vaccine on humans7.

The main goal of the vaccine is to prevent relapse of people who misuse illicit substances such as cocaine. When a person ingests cocaine, it passes through the bloodstream and into the brain where it increases dopamine levels and produces pleasant feelings for the user11. The vaccines goal is to produce antibodies in the immune system that would bind the cocaine and trap it in the blood stream. By binding to the cocaine molecule, the antibodies keep cocaine from crossing from the bloodstream into the brain and inhibit its pleasurable effects10. 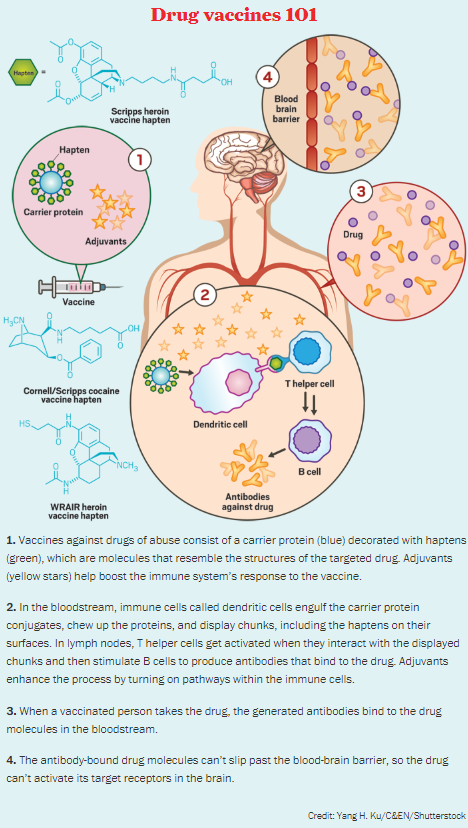 Pre-clinical studies have been effective, however only one vaccine called TA-CD has reached human clinical trials5. During the clinical trials researchers discovered that not all patients react the same to the vaccine6. Some people’s immune systems produced high levels of antibodies against the drug, and others did not. Data for people with the highest antibody levels suggested that the vaccine had decreased drug use7. However, researchers noted that approximately 10% of subjects were not affected by the vaccine.

Other studies have shown that in order for the anti-cocaine vaccine to be effective, individuals must be highly motivated to quit using the substance. According to research, approximately 24% of people who misuse cocaine relapse within a year following treatment8. The vaccine cannot stop people from craving illicit substances, but it can get rid of the ability to get high. This means that some individuals in recovery may relapse. This could be particularly dangerous because the user may consume more cocaine than they normally would in order to feel the pleasurable affects.  Some participants in a human trial study in 2010 relapsed and took over 10 times their usual cocaine dosage to override the vaccines effects9. There were 58 test subjects in this study and only 11 of the participants were able to abstain from using cocaine. This would suggest that people in recovery would need to have a multi-method treatment plan that would include the vaccination along with therapy.

Scientists are focusing on accelerating and improving their research and trials of this vaccine. While the vaccines do not address the underlying neurobiology of addiction, work can be done to create a better product in the future10. If scientists can find a way to create a vaccine that is more effective with the general population, we have the possibility to have a promising treatment for cocaine addiction if the vaccine is combined with behavioral therapy. In the future this could change the lives of addicts for the better.