The DEA’s Take Back Day events provide an opportunity for Americans to prevent drug addiction and overdose deaths.

Find some Nevada drop-off locations below, or visit takebackday.dea.gov to learn more and find a collection site near you. 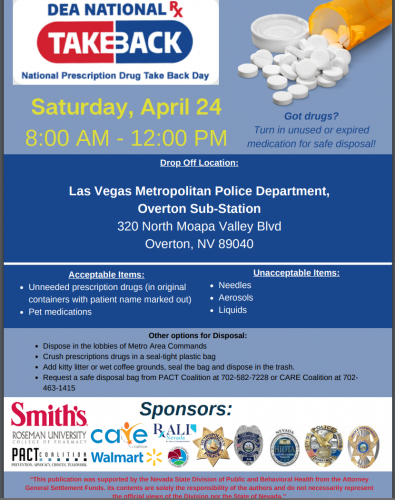 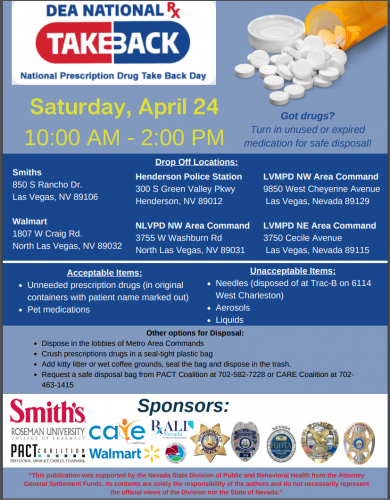