October is National Bullying Prevention Month, a time to focus and raise awareness on bullying.  During this month, many groups across the country will release new resources, campaigns, and efforts aimed at bringing awareness to the issue of bullying.

Beginning in October 2006, PACER’s National Bullying Prevention Center, along with the National Education Association, National PTA, American Federation for Teachers, and the National Coalition for Parent Involvement in Education, hosted the first awareness week sponsoring events and activities to raise awareness of the issue of bullying throughout the month. PACER realized that students, parents, and people throughout the country needed to become more aware of the serious consequences of bullying.  The point of National Bullying Prevention Month was to transform a society that accepts bullying into a society that recognizes that bullying must – and can – be addressed through education and support.

Over the past several years, the event has only grown in awareness and in its reach. “It has grown beyond our expectations,” says Paula F. Goldberg, PACER’s executive director. “It has become a major event.” National Bullying Prevention Month is now recognized in communities across the United States, with hundreds of schools and organizations signing on as partners.

This year, Bullying Prevention Month features many new initiatives. Among the many, PACER is releasing several new toolkits and public service announcements. The NEA is releasing new training modules to help education support professionals address bullying. DoSomething.org(link is external) is releasing new findings from their online survey about bullying. And, the “be more than a bystander” campaign with the Ad Council officially launches on StopBullying.gov. 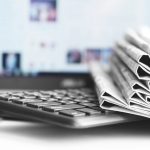